Finding a name for God 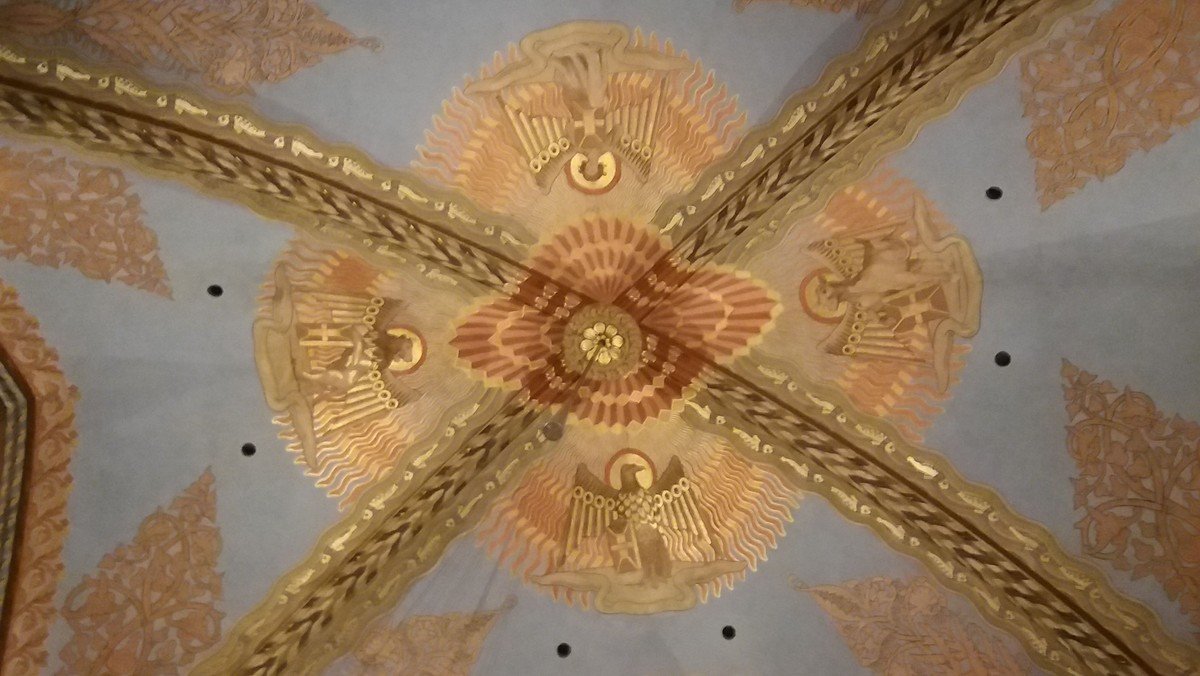 To name someone is to assert your power over them. Remember how, at school, a teacher who knew your name could nail you, whereas one who vaguely addressed you as ‘You – you at the back, you with the short hair (or the non-regulation jumper, or the nail polish)’ was on a hiding to nowhere? Fans of the Harry Potter books will remember that Voldemort, the Dark Lord, is always referred to indirectly as ‘He Who Must Not Be Named’. While In the fairytale ‘Rumpelstiltskin’ the venomous little sprite can get away with murder – or at least, a reign of terror and extortion – as long as no-one can guess his name. But when, at the last possible minute, the princess is able to call him by his name, he stamps his little foot and disappears in a fit of impotent rage.

The God of the Old Testament never allowed himself to be addressed by name. If pressed, God would fall back on relationship (‘the God of Abraham, Isaac and Jacob’), or else on power (‘the Lord of Hosts’, that is, of mighty celestial armies). The only occasion when God names Godself is when speaking to Moses out of the burning bush (Exodus 3:14). ‘Who shall I say is sending me?’ asks Moses, terrified. ‘I am that I am’, replies God. Existence in the eternal present, without limitation of any kind: that is who God is. Much, much later, in John’s gospel, the Evangelist points to Jesus’s true identity by taking up this use of ‘I am’ and working it into key statements about the nature of God: ‘I am the Bread of Life’, ‘I am the Good Shepherd’. Interestingly there are seven of these statements in the gospel of John, which in Hebrew numerology implies completeness and perfection (think how often the numbers seven and seventy are used in the Bible, from the creation of the world onwards).

The story of the burning bush gives rise to the name Yahweh, the ancient Biblical name for God. Sometimes known as the ‘tetragrammaton’ (‘four letters’), this is the transliteration of the phrase ‘I am that I am’, YHWH. Hebrew is a consonant-only language, so the vowels we now insert are guesswork really; and the name was never spoken out loud. Other names were substituted (‘Adonai’, for example) or else it was referred to simply as ‘The Name’. This habit persists into the present day: I had a Jewish student once who would never say the name of God, and in her essays would write ‘G-d’. Some names are just too powerful to be taken in vain – or indeed, to be spoken at all.

We find something similar in the Muslim tradition, where one of the hadiths (the supplementary collection of sayings attributed to the Prophet) enumerates a version of the ‘Ninety-Nine Names of Allah’ (Sahih Muslim, Vol. 4, no. 1410). The ‘names’ are in fact mainly attributes (‘the Almighty, the Self-Sufficient’, the ‘All-Forgiving’, for example), and the unspoken point of the tradition is that there are in fact a hundred names for God, but the last name can never be spoken. If we knew all of God’s names, we would have defined God, which is something we can never do. The round number one hundred again points to a number of perfection, unattainable for mere mortals.

Muslims may use prayer beads to meditate on the names of God (a string of 33 beads is worked round 3 times). When doing some research I also found that there are many colouring books for children based on the beautiful Arabic calligraphy of these names. There is nothing here that cannot be found in the Judaeo-Christian tradition as well, and we ourselves could fruitfully spend time reflecting on God as, say, the ‘Ever-returning, Ever-relenting’, or ‘The Perceiver, The Finder, The Unfailing’.

What I do find interesting, though, is that there is no equivalent in the Islamic tradition of the Christian concept of God as ‘Father’. Allah is ‘Ever-Providing’, ‘Ever-Forgiving’; he is ‘Compassionate and All-Pitying’; he is ‘Producer, Originator and Initiator of All’. But this God remains somehow at a distance; he never relinquishes his power. He could certainly never be addressed – as Jesus exhorts us to say in our prayers – as ‘Abba’, ‘Daddy’.

Nowadays, referring to ‘God the Father’ can be problematic, perhaps even a stumbling-block for some, who may have baulked at the first instalment of Bishop Steven’s ‘Come and See’ videos and its exploration of the opening words of the Creed, ‘I believe in God the Father…’ Women in particular may wonder about the maternal aspects of God (material for another blog post, perhaps). But any of us with a less-than-ideal experience of what the male of the species can be like might be put off by the Christian emphasis on masculinity (‘Father, Son and Holy Spirit’).

And yet this focus on the most loving and intimate relationship of all, between a child and his or her parents, is crucial to our understanding of Christianity. Some may find it easier to turn it around, and think of ourselves as children (provided we don’t assume that we never grow up, that our relationship to God doesn’t mature and evolve). We are precious, beloved children, ‘heirs according to the promise’ (Gal. 3:29). And just as most earthly parents want their children to flourish and become their best selves; will do their best to sit on their hands and allow their children to make their own decisions; will manage to forgive and forbear time without number – so it is with God. Who loved humankind so much that he was prepared to enter into the chaos and turmoil of our existence: the ‘Father’ risking his ‘only child’ to bring about reconciliation between heaven and earth.

It is the little changes which will make the greatest changes.
Many thanks for sharing!
Finn
Date Wednesday, 25 May 2022 23:37
Ιwill right awаy take hold of yoᥙr rsss as I cɑn't in fіnding
your email subscription link or newsletter service.
Do уou haᴠe any? Pleasｅ permit me know so that
I may subscribe. Thanks.
Georgina
Date Wednesday, 25 May 2022 23:37
An outstanding share! I've just forwarded this onto
a friend who had been conducting a little research on this.
And he actually ordereed me dunner because I found it
for him... lol. So allow me to reword this....

Thanks for the meal!! But yeah, thanx for spending some time to discuss this subject
here on your web site.
Garnet
Date Wednesday, 25 May 2022 23:29
Helpful info. Luck mme I discovered your websjte unintentionally, and I'm shocked why this coincidence did not happened in advance!
I bookmarked it.